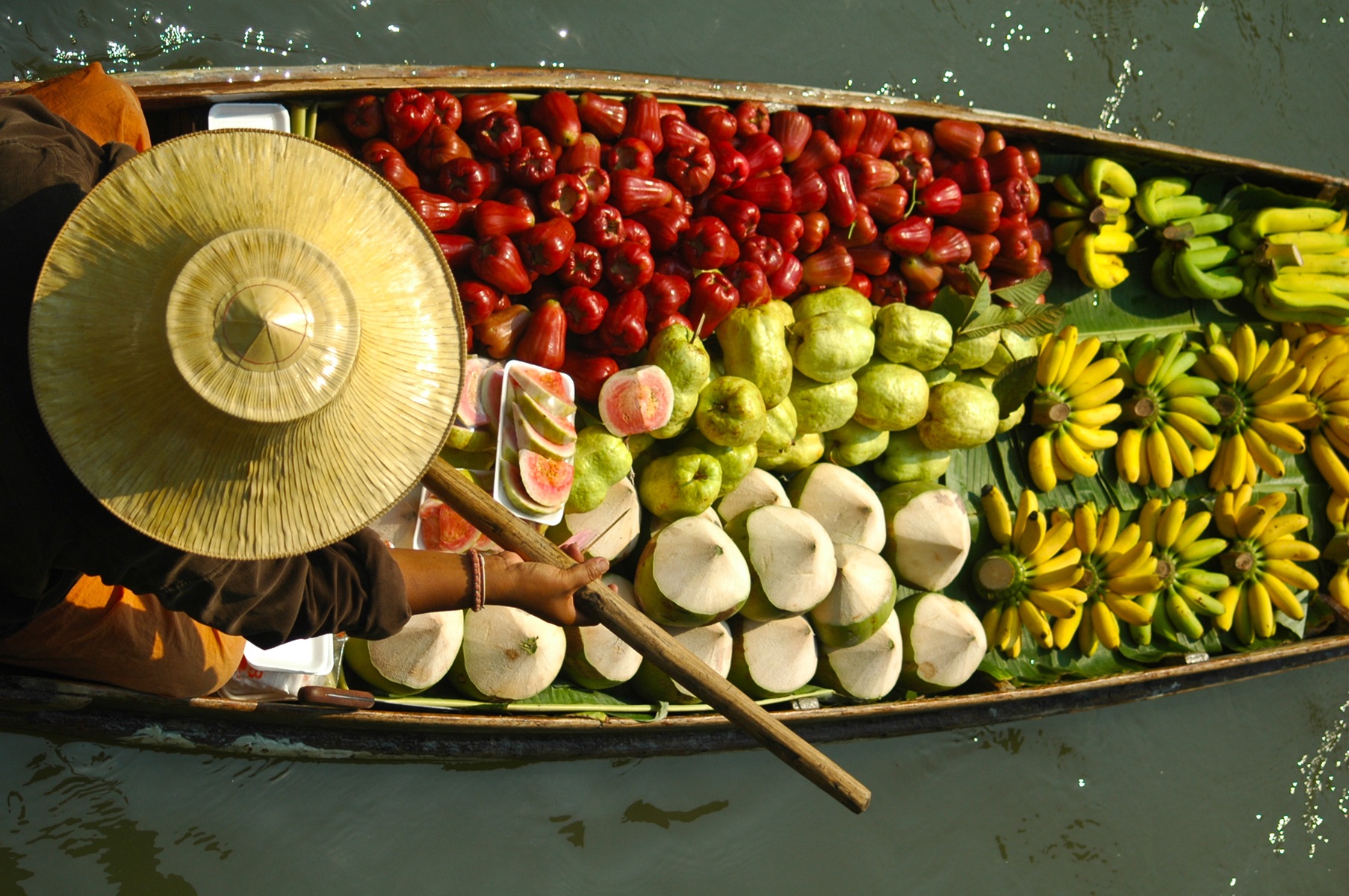 Regardless of where you travel, whether you’re backpacking or indulging at a resort, roaming the planet usually poses challenges, physically, mentally and also in terms of food. But, instead of playing it safe next time you’re on holiday, why not step out of your culinary comfort zone and get your laughing gear around some nutritious oddities, how impressive will your travel tales be when you get home? And let’s face it, if you’re going to post photos of every meal, you owe it to your friends and followers to make those pictures more adventurous than steak and chips or pancakes.

Of course you’ll still want to be sensible and avoid falling ill. As long as you don’t dine on endangered species or cause pain to your food, please try some dishes you won’t find at home at least once or twice because, as a rule, the weirdest meals are the most memorable. So follow me to Asia.

Before you wrinkle your nose and say ‘oooh, gross’, bugs are an amazing form of protein, and to prove it the United Nations has published papers about the importance to the planet for people to consume more insects. While you can draw the line at stinkbug (although they’re said to taste of apples) the best place to start the snack-packing adventure is in Thailand. You can dine there on crickets (jing leed) or grasshoppers (tak ga tan) where these yummy bugs are usually served lightly wok fried, seasoned and washed down with beer. Pork scratchings are so last century.

Originally a form of Traditional Chinese Medicine, these days turtle jelly is frequently enjoyed as a dessert or a snack.  One of the main ingredients of gullinggao is the powdered bottom shell of the three-lined box turtle, with versions of it available in most Asian countries. For convenience, you can buy little takeaway cans with tear-off lids so you can consume it on the go using the attached spoon. Whether you favour it bitter or sweet, it’s said to be very good for the health, notably skin and circulation. And, to set your mind at rest, most of the turtles used in this delicacy are commercially farmed so presumably sustainable.

When you’re dining in Cambodia you might find spiders on the menu. True, this may pose the biggest psychological challenge because, for many people, tarantulas look terrifyingly creepy but, if you can put your arachnophobia aside for a minute, just try to imagine it’s a hairy eight-legged soft shell crab. About the size of a human hand, tarantulas are tossed in a mix of salt, sugar and MSG then fried with garlic until the legs stiffen and the insides are no longer viscous. And if your Khmer is reasonably good, you could ask for soft, medium or hard boiled – that’s up to you.

Hachinoko translates from the Japanese as ‘bee children’ and comes under the culinary category of ‘getemono’ or ‘bizarre food’. A delicacy that looks very much like maggots, each morsel is about the size of a large peanut, with bee children served either boiled or fried, then consumed with beer. Also available in cans, this might also make the perfect gift for the person who has everything.

The ant egg season in Northern Thailand (and nearby Laos) usually runs from December to May, so you’ll want to plan your trip around those dates if you want to be sure that omelette is on the menu. Traditionally whipped up by combining ant eggs with sweet vegetables, chefs will sometimes add duck or chicken eggs to help mask the aftertaste of formic acid.

Be aware, this little list represents just a fraction of the food adventures you can embark on in Asia and, if you’re still hungry, you can’t go wrong with birds nest soup, chicken blood cubes, poisonous puffer fish (fugu), the repulsive smelling but curiously tasty durian fruit and last, but not least, century egg – who says fresh is best?