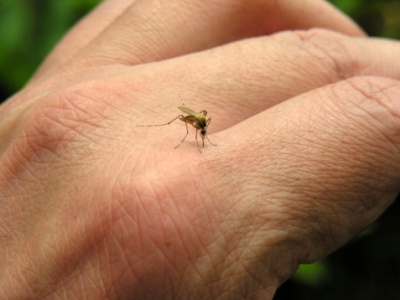 News reports have been coming in fast to the Worldcare office around some major outbreaks of mosquito-borne diseases in the Pacific Island. As it is peak season for New Zealanders to head to our nearby tropical island neighbours, we thought it wise to let you know how to avoid mosquito bites, as well as signs to look out for if you do get bitten. Dengue fever, chikungunya and Zika fever have reached epidemic levels in the past year, enough for the Ministry of Foreign Affairs and New Zealand health authorities to actively warn Kiwis to take care when island-hopping.

Whilst dengue fever and chikungunya have both been contracted by New Zealand travellers prior, an increase of cases has caused some alarm amongst health care professionals. New to the list is Zika fever, with the first case in NZ in March this year, and a further 52 instances have been notified to Environmental Science and Research since then.

Dengue Fever is a painful illness that begins four to six days after infection and lasts up to 10 days. Symptoms include sudden fever, severe headaches, joint and muscle pain, nausea, vomiting and a skin rash. Mild symptoms can be confused with flu or another viral infection.

Whilst symptoms for chikungunya are not dissimilar to those above (it’s often misdiagnosed as dengue fever), the characteristic indicator is severe joint pain in multiple joints. A rash of small purple or red spots may also occur.

The Zika virus incubation is three to 12 days post-exposure and symptoms include low-grade fever, muscle pain, rash, headache, joint pain and a lack of energy. Conjunctivitis can as also occur. Most of the indicators will only last a week, however the loss of strength or energy can last several months. Almost all Zika cases reported in New Zealand have come from travellers visiting the Cook Islands.

Diagnosis for all three viruses is by blood test and there are no known treatments except rest, drinking plenty of fluids and simple pain relief medication to reduce fever and pain.

Whilst mainly acute, the list of painful symptoms above are reason enough to be prudent around ensuring mosquitos do not bite whilst you are on holiday as this is the only protection against the three viruses.

Our mosquito safety top tips are:

With regards to mosquito repellent, there are a couple of camps on what is best. Team DEET commends the pesticide oil N,N-Diethyl-meta-toluamide (DEET) as it is commonly considered the most effective repellent available. However warnings about the length of time DEET is on your skin and the effects of breathing in DEET fumes sees TEAM Natural advocates a less toxic solution to DEET, including oil of lemon eucalyptus and oil of citronella. UK brand Incognito gets my vote for providing a range of products that keep you mosquito-bite-free including spray, soaps, shampoo, mosquito nets and more. I used it on a muddy hike in Papua New Guinea where a swarm of mosquitos was a constant companion so can personally attest to its effectiveness. Incognito isn’t stocked here but they do ship to New Zealand.

If you are heading away, use the tips above to keep yourself and your family safe from mosquito bites. If you are still bitten and develop flu-like symptoms on your return, please do head to a doctor to get a proper diagnosis so that it is reported to the relevant health departments. Immigration New Zealand are not undertaking border security for the three viruses because it is not transmittable in NZ. Contact your doctor if you have any further questions and don’t forget to pack your Worldcare Travel Insurance with your mosquito repellent!