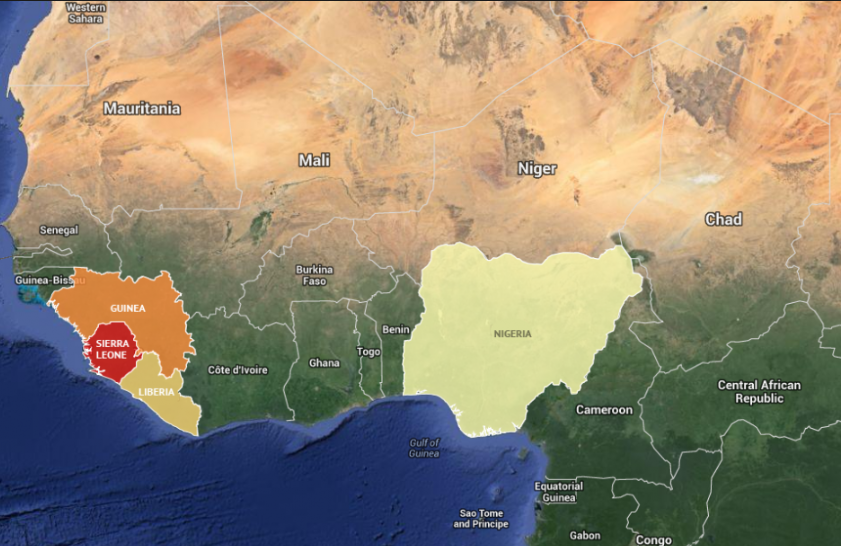 With the increase of Ebola cases, the World Health Organisation has recently announced the virus to be a global threat, but what does that mean to the average Worldcare traveller?

The Ebola virus disease (EVD) is a disease that can cause severe haemorrhaging, organ failure and, in many cases, death. The virus can be contracted from infected animals, where it lives, and then spread from person-to-person through contaminated needles or contact with bodily fluid. The virus is native to Africa and cases have been occurring throughout the continent since the ‘70s, on and off. Countries with suspected and reported outbreaks include Sierra Leone, Liberia, Guinea, Nigeria and the Congo and border restrictions are in place in these countries, as well as neighbouring ones.

Ebola symptoms occur from two to 21 days after exposure to the virus, though eight to 10 days is most common. Initial symptoms are fever, intense weakness, headache, sore throat and muscle pain and these gradually worsen and become more severe. As the disease takes hold, additional symptoms include nausea and vomiting, red eyes, chest pains, stomach-ache, diarrhoea and in some instances, internal and external bleeding.

Due to the nature of how you contract the disease, the risks for New Zealand travellers overseas are low. If you are travelling to regions where Ebola cases have been reported it is advisable to avoid direct contact with blood and other bodily fluids, including having unprotected intercourse and touching used needles. Also avoid close contact with wild animals, both living and dead, as well as raw or undercooked wild meat. Animals that are known to be carriers include monkeys, gorillas, chimpanzees, pigs, forest antelope, fruit bats and porcupines. It’s worth being extra diligent about washing and peeling all fruit and vegetables when eating, as well frequently and thoroughly washing your hands.

Travel to an Infected Area

If you are heading to an area that has had an Ebola outbreak then we highly recommend you follow the advice above to protect yourself from infection. We follow the government’s advice on the risk to travellers and at present, Safe Travel have no advisory against travel to these areas. If you do not wish to travel to the countries listed above because of the Ebola virus outbreak, there is no provision to claim for cancellation and lost deposits as, at this stage, this is a disinclination to travel as opposed to government advice against travel.

If you have travelled to an area where Ebola has been reported, keep an eye out for symptoms for the first two to three weeks on your return and if you have any of the symptoms listed above, contact your health care professional and let them know where you have recently travelled. It’s important that you list your recent destinations on the New Zealand immigration form when returning home as border screening will take place if you have been in West Africa in the past 30 days.

For more information on the Ebola outbreak, head to Safe Travel here, or the World Health Organisation’s factsheet here. To get a Worldcare Travel Insurance quote for your upcoming journey, head to our Compare Plans page.