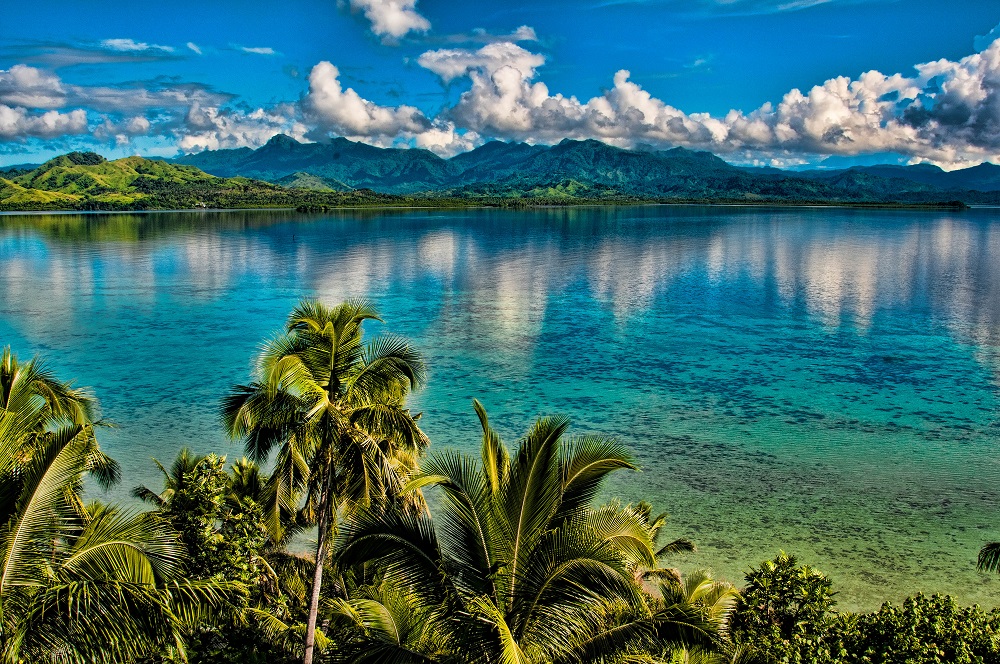 Discover the Pacific and Australia

Looking for a Kiwi Winter Escape? Well, look no further. Unless you’re really into skiing, winter in New Zealand isn’t really the most exciting time of year. It’s not cold enough for there to be pretty snow falling in the cities, but it’s still cold enough that you don’t want to spend time outside unless you have to. Instead of snow, we mostly get rain and wind. It’s certainly not terrible – but it does give you a good excuse to go somewhere sunny if you have the time and budget for it! So, here are a few of our favourite Kiwi winter escapes…

A whole host of winter sun destinations on our doorstep

The good thing about being in the South Pacific is that we are nearby to so many beautiful places that seem like a far-off land to people from other parts of the world. Fiji might seem remote and magical to people in Europe or North America – but to people here in New Zealand, it’s one of the most affordable places to go on an international holiday!

So here is your introduction to some amazing places in Polynesia and Melanesia, as well as along Australia’s eastern coastline, that are just a flight away from Auckland. Get exploring, and chase that sun!

For travellers on a budget who want to enjoy a moment of island time, Fiji is the obvious answer. There really is something for everyone – whether your version of an island holiday means rest and relaxation in the pool and on the beach, or exploring the water from above and below, or being introduced to traditional village customs… you really can pick exactly what you will enjoy the most.

Whether you pick one of the more remote island groups for a secret getaway, or stick to the ‘mainland’ options on Viti Levu, you are guaranteed to have a wonderful time. It’s very, very tourist-friendly, which yes, sometimes means that you have to go out of your way to find a truly authentic local experience, but it also means that even the cheapest package deals will ensure you have an amazing time.

If you do want somewhere a little different from the laid-back resort experience while you’re on Viti Levu, take a bus around to Suva. This bustling city might not be large on a global scale, but it’s the largest city in the tropical South Pacific, and it’s home to people from all kinds of walks of life – from students of the University of the South Pacific to businessmen meeting up for coffee, one in a suit and one in a traditional sulu or wrap skirt. 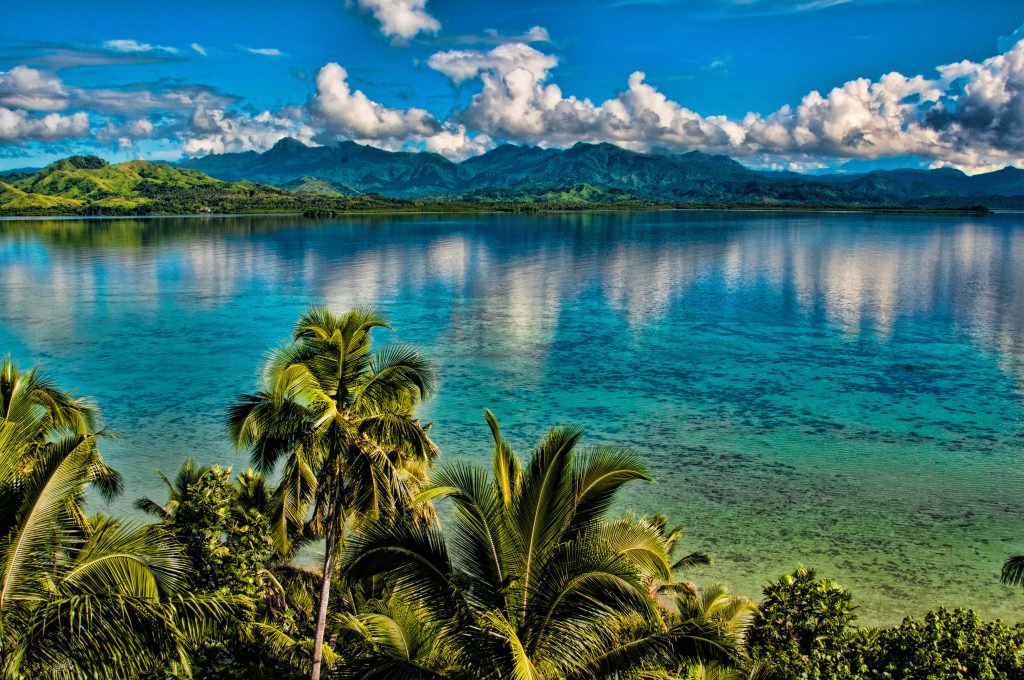 The Gold Coast is a hugely popular spot for New Zealanders – families and solo travellers alike, as well as a large population of former Kiwis who now call the city home. Known as the ‘GC’ to locals, this stretch of Queensland coast is just as beautiful as it is action-packed! And action is certainly something that the GC knows how to do, with Australia’s biggest theme parks all found in and around the city.

Dreamworld, Movie World, Sea World and Wet’n’Wild are all places every school-aged New Zealander hoped would be on their next family trip. We just don’t get theme parks of that size on this side of the Tasman Sea – but on the Gold Coast, they are the experts. Movie World, Sea World and Wet’n’Wild are all owned by the same company, so you can even get a pass that lets you into all three of them – but Dreamworld is the biggest of all, so you’ll want to make sure you head there too if you want the adrenaline rush!

Away from the tourist hot spots

But outside of the theme parks, the best part of the Gold Coast is right there in its name – the coast. Think wide beaches with beautiful golden sand and great surf conditions. While not as hot as spots further up the Queensland coast like Cairns, the GC has a lovely subtropical climate, with most winter days still in the high teens or early twenties for temperature.

If you can handle the tropical heat and you want to see the biggest natural wonder of the world, Cairns is a must. Around 1700 kilometres north of the Gold Coast, Cairns is proper tropical wonderland, and is considered to be the gateway to the Great Barrier Reef.

Cairns has a tropical monsoon climate, but the Southern Hemisphere winter is in the dry season, so while you might experience an occasional shower, you won’t have to deal with serious heavy monsoon rains if you’re visiting in winter. So bring your favourite summery clothing and enjoy your winter away!

There are many tours out to the Great Barrier Reef from Cairns, from multi-day voyages to day-trips in glass-bottomed boats. Be sure to pick a well-reviewed tour provider, though – tourism has an impact on the reef, so you want to make sure that you go with a company that is responsible. After all, you don’t want to visit once, fall in love, and not be able to visit again in ten years because irresponsible tourism has ruined the reef for everyone.

But you don’t have to be keen on the ocean to have an amazing time in Cairns. If you’re more interested in jungle and forests, the Wet Tropics of Queensland are right nearby. This tropical forest is full of all kinds of unique plant life, with many species not found anywhere else in the world. It’s the perfect adventure for any budding botanist.

The Cook Islands, or Kuki Airani as they’re known in the local language, are a group of fifteen small islands. While they are spread across over two million square kilometres of ocean, the total land area of the islands is less than 250 square kilometres.

Rarotonga is the largest of the islands and home of the capital ‘city’, Avarua. This small volcanic island is surrounded by a lagoon reaching out to coral reef – making it perfect for swimming and snorkelling. The green mountain and the blue ocean, with the white sands in between… it’s really an incredible place – so it’s no wonder most tourists arrive in Raro and stay there!

But other islands in the group are beautiful spots to visit too. Aitutaki has one of the most stunning lagoons you could imagine, all light blue water and white. Or for somewhere completely different, visit Mangaia, an island with fascinating geography from coral terraces to underground caves as well as some of the best coconuts around. Geologists estimate that Mangaia is at least 18 million years old – which makes it the oldest island in the Pacific!

Looking for the unexpected? Vanuatu is the place to go. While we are familiar with a lot of Polynesian culture here in New Zealand, Melanesian cultures like those in Vanuatu’s islands is less familiar – making a trip here a little more mysterious for travellers from New Zealand. But with places like Champagne Beach and the Mele Cascades to enjoy and explore, you’ll soon be wishing you could stay forever.

The place you really can’t miss out on, though, is the Millennium Cave, on the island of Espiritu Santo. This is Vanuatu’s largest cave, and a visit here is something you’ll remember forever. Travel through tropical forest, clamber over boulders and rocks and end it all with a refreshing swim in the river. A final climb to Funaspef Village, where the tour begins, is well worth the effort, with fresh tropical fruit and local coffee ready and waiting for you.

More culture than you expect…

While in many Pacific nations there may be one main local language – Samoan, Cook Island Māori, Tongan – in Vanuatu, as in other parts of Melanesia, there are many different local languages, over one hundred, in fact!

So instead of learning your equivalent of Talofa lava, Kia orana or Malo leilei, you’ll want to look at learning a few Bislama phrases. Bislama is a creole language that’s related to Tok Pisin from Papua New Guinea and Pijin from the Solomon Islands, and it blends English-based words with Melanesian grammar and pronunciation. So instead of Hello and Thank you, you would say Halo and Tangkiu.

The local tourist organisation brands itself as ‘Beautiful Samoa’, and it’s a very accurate name. Halfway between New Zealand and Hawaiʻi, Samoa is made up of 10 islands, but the main two are Savaiʻi and Upolu.

While Upolu is where most tourists arrive and spend their time, Savaiʻi is a nature fan’s dream, full of everything from rainforests to lava fields to beautiful local birds and creatures. It’s also on the large side, compared to many of the other island groups in Polynesia. In fact, after the North Island and South Island, and Hawaiʻi’s ‘Big Island’ and Maui, it’s the next largest island in Polynesia! Don’t miss the amazing Alofaaga Blowholes on the coastline and the picturesque Afu Aau Falls, where you’ll want to grab a photo as well as go for a swim.

The sassy side of Samoa

But if you like your tropical holidays to have a bit more people power, Upolu is the place for you. It’s where you’ll find the nation’s capital city, Apia, and you’ll have the chance to get to know the island vibe and more importantly, learn about Faʻa Samoa – the Samoan way of life. Get up early and check out the amazing markets. You’ll need to be early to get the best fruit of the day, then enjoy your day of getting to know the island and its beauty. But save enough energy for the evening – Apia’s nightlife is spectacular too!

Tropical vacations aren’t only for people who feel like lying in the sand sipping a coconut. No matter what sort of a holiday you enjoy, if you want to head somewhere warm this winter, the South Pacific is ready to welcome you with open arms.